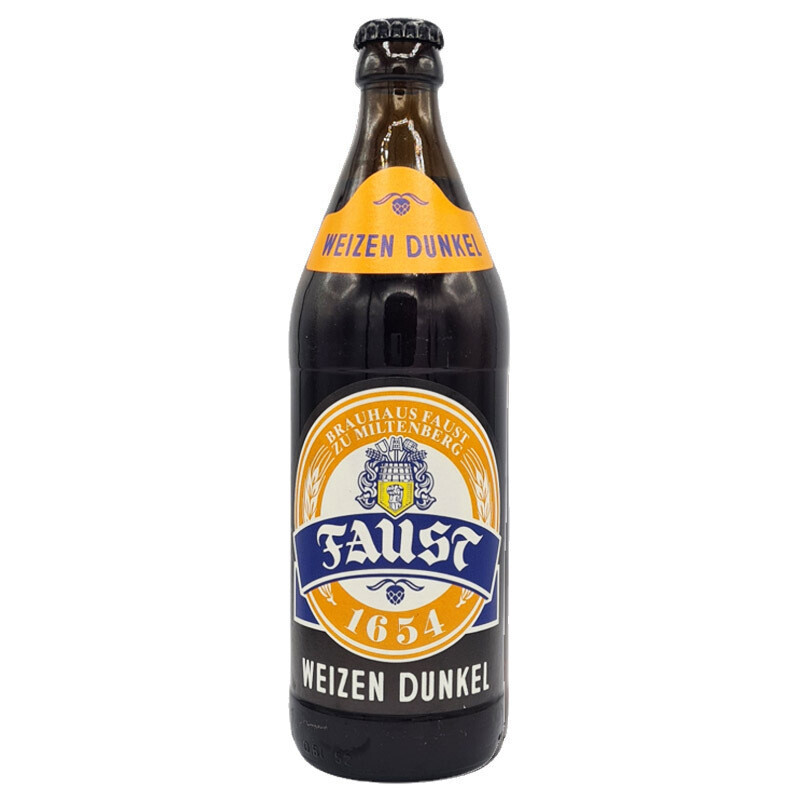 Faust, Weizen Dunkel - dark unfiltered wheat beer rich hazy amber-brown color with a refreshing flavor and a soft, intoxicating aroma, which is felt notes of banana, cloves and nutmeg. This top-fermented beer is composed of a large proportion of wheat malt.

In the flow of immigrants who came to Germany after the Thirty Years' War on the government's program to stimulate the economy, was Kilian Francois Mathieu Servanten from Belgium. In 1654 he founded the brewery in Miltenberg Lowenbrauerei, which many years later became the brewery Faust.

Since the 1960s, the beer is produced under the brand of Faust, so it seems logical that in 1993 the brewery was renamed from Löwenbrauerei Miltenberg in Brauhaus Faust zu Miltenberg. Since the early 1990s, the family Faust consistently invests in innovative technology, while maintaining a long tradition of brewing and concern for environmental quality.
Since 1999, the beer Faust is available only with plug-swing, in 2002 Brauhaus Faust was awarded the Bavarian Environmental Medal. Beer Faust for its high quality has received numerous awards prestigious competition DLG and other international competitions.