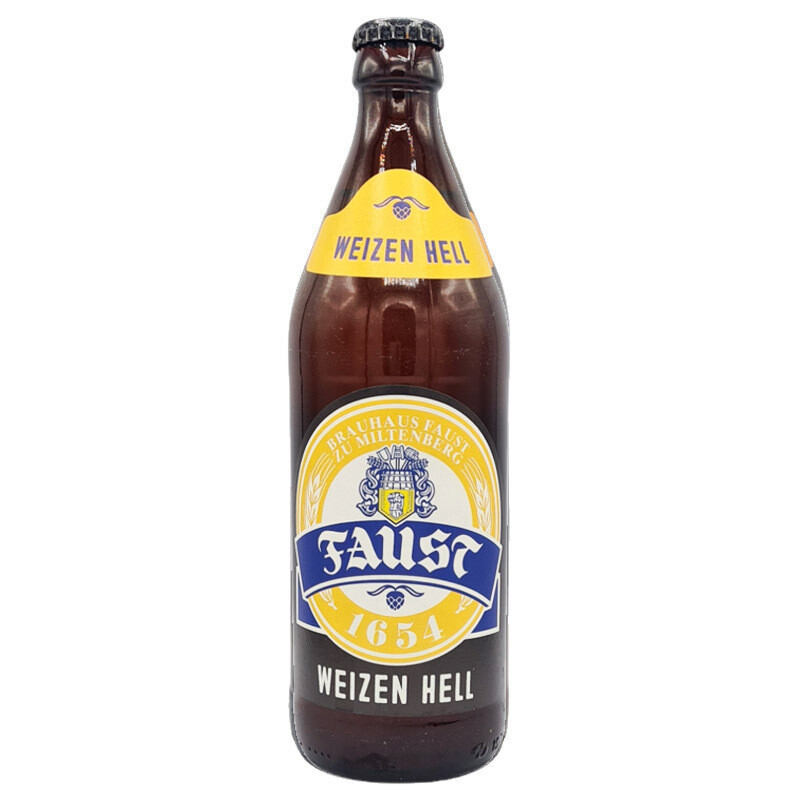 Faust, "Weizen Hefe Hell" - a great unfiltered wheat beer hazy yellow color with a soft, fresh taste and pleasant aroma in which there are characteristic yeast fruity (banana, honey, grapefruit). This top-fermented beer is composed of a large proportion of wheat malt.
In the flow of immigrants who came to Germany after the Thirty Years' War on the government's program to stimulate the economy, was Kilian Francois Mathieu Servanten from Belgium. In 1654 he founded the brewery in Miltenberg Lowenbrauerei, which many years later became the brewery Faust.