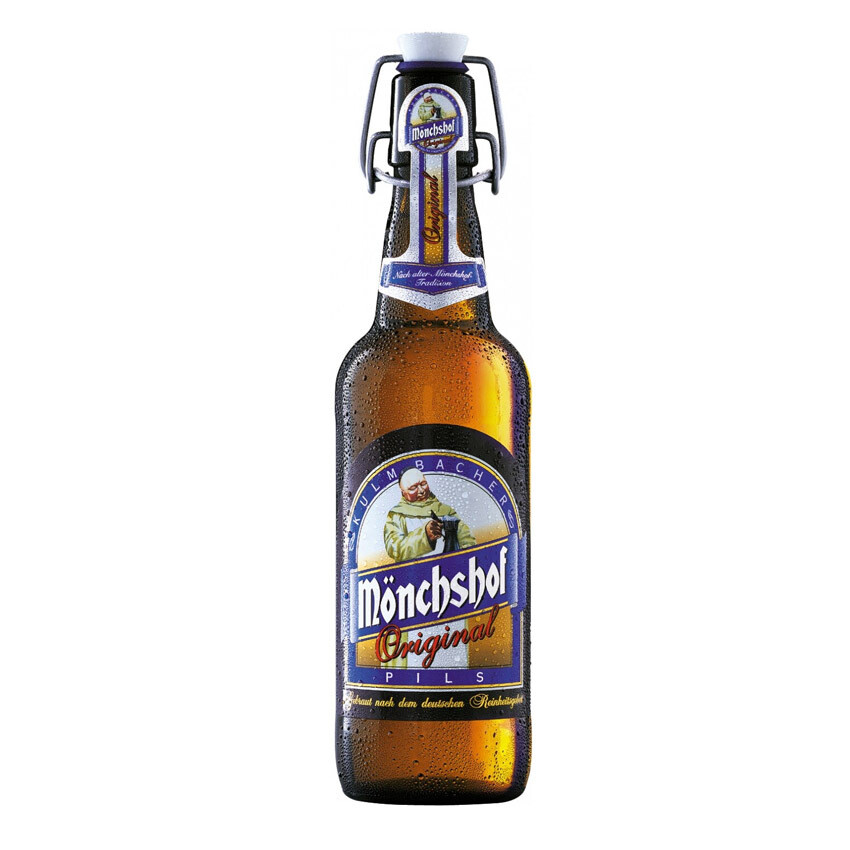 Light beer "Monchshof" Original, brewed according to ancient traditions, has an unusually rich bitter taste, which is associated with a good share of selected aromatic hops from the Hallertau valley in the composition. In addition, in the beer contains only natural ingredients: water, light barley malt, yeast.

Kulmbahskaya beer culture - one of the oldest in the world. Today, three breweries Kulmbach produce the most beer per capita in Germany than any other city. Brewery Kulmbacher, located in northern Bavaria, in one of the oldest cities in Germany - Kulmbach ("culm" - German top, "bang" - source), in its present form was established in 1996 through the merger of previously independent breweries Reichelbrau, Sandlerbräu, Mönchshof and EKU.

The direct source of the future is holding Kulmbacher brewery Reichelbrau, created by Johann Wolfgang Reichel in 1846. When he died in 1857, his wife Eva Margareta Reichel decided to take a bold step: she took over the business in the next 30 years has led to the success of the brewery.

Interestingly, in the early years of the brewery's products are largely produced for export and sold outside Bavaria. In the early 1930s, the governing brewery master Hans Rausch created the famous to this day recipe "Edelherb" Premium Pils , which became a hit. Continuous modernization and purchase of a number of breweries after World War II allowed Reichelbrau not only to survive, but also to become one of the largest industries.

Pure mountain water, naturally passes multistage purification system, the best hops out of the valley and excellent Bavarian Hallertau barley, used to prepare beer Kulmbaher and carefully preserved, more than half a century tradition of manufacturing are key conservation popularity of beer Kulmbaher.