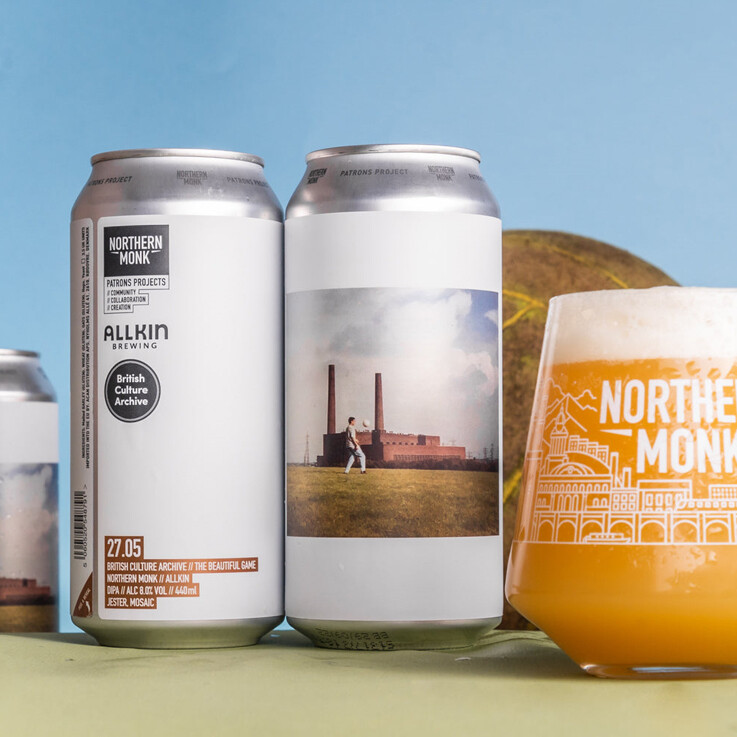 A long-overdue collaboration with the good folks Allkin Brewery - formerly Good Things Brewing Co. of Tunbridge Wells, who changed name and turned to a roaming brewery last Summer, when tragedy struck and their brewery was destroyed in a lightning storm.

Their Road To Unruin brewing tour has seen them travel the country brewing with the likes of Verdant, DEYA, Beak, and Thornbridge, and having seen so much of the UK we thought a British Culture Archive Patrons Project would be the perfect project to collaborate on them with.

A base of Super Pale, Oats and Wheat gives this DIPA a super soft and supple mouthfeel, onto which we’ve loaded UK Jester hops. Because tragedy plus time equals comedy, of course, but also because of the hop’s reputation for getting closest to the flavour intensity and profile of US varieties as any of the newer UK hops.

Working with the newly developed T45 pellet form of Jester, we paired it with Mosaic - which the homegrown hop gets easily mistaken for in brewer blind-tastings - so expect tart blackcurrant and tannic-skinned blueberries, dewy melon, and a burst of bright pithy grapefruit.