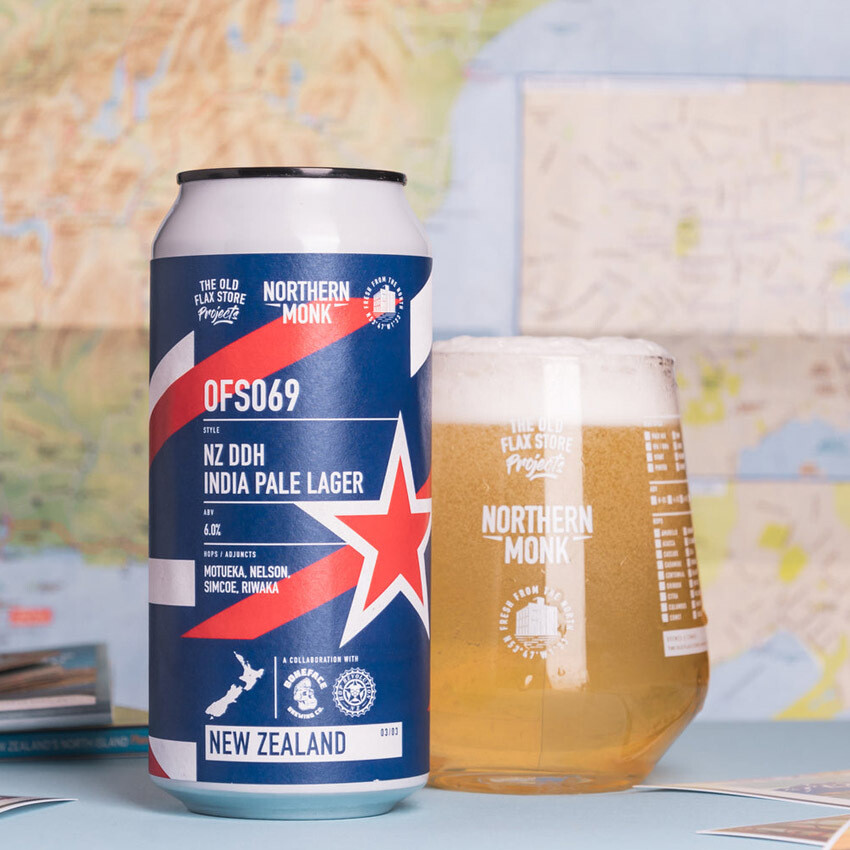 A collaboration with BoneFace Brewing, whose brewer Kelly Ryan was one of the founding brewers of Thornbridge, and was integral in the development of recipes such as Jaipur. For this India Pale Lager we’ve gone for a punchy, juice-forward hop bill showcasing some of Hop Revolution NZ’s finest – Motueka, Nelson, Simcoe, and Riwaka.

In 2014 we opened the doors to the Old Flax Store, a Grade II listed building that we found and renovated into the home of Northern Monk. We grew significantly in the years to follow, but the Old Flax Store remains the heart of the operation.

We launched the OFS Projects to celebrate the experimental, small-batch nature of brewing at OFS, creating limited releases that push the boundaries of brewing creativity and technique.