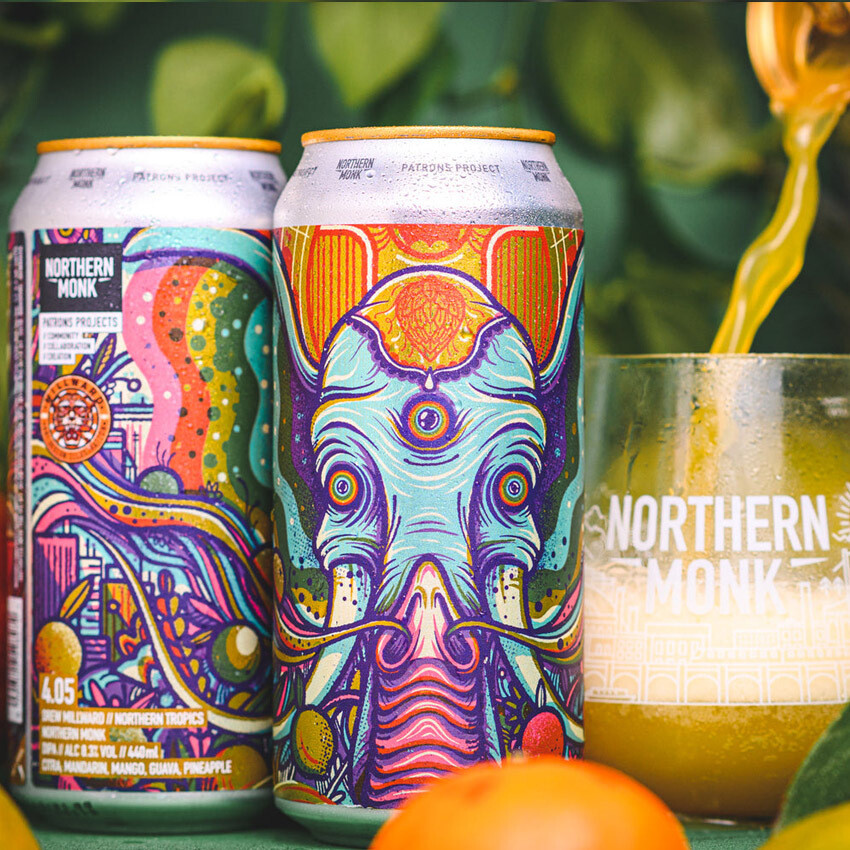 Introducing a new Patrons Project series with an old favourite. Reimagined sees us digging through our Patrons archives and choosing stand-out beers to reimagine, reinterpret, or completely reconstruct.

Into that bright & zesty Citra IPA goes gallons of guava, plenty of pineapple, and masses more mandarin and mango, plus we dialled the ABV up ever-so slightly into DIPA territory for a thicker, fuller milkshake mouthfeel.

First up is 2018’s Jungle IPA from Drew Millward’s Northern Tropics series – how could we possibly improve on the original?? Well, double it. Bright & zesty Citra IPA with even more guava, pineapple, and mandarin juice, and despite all that extra juice, a slightly higher ABV to give a thicker, fuller milkshake mouthfeel.