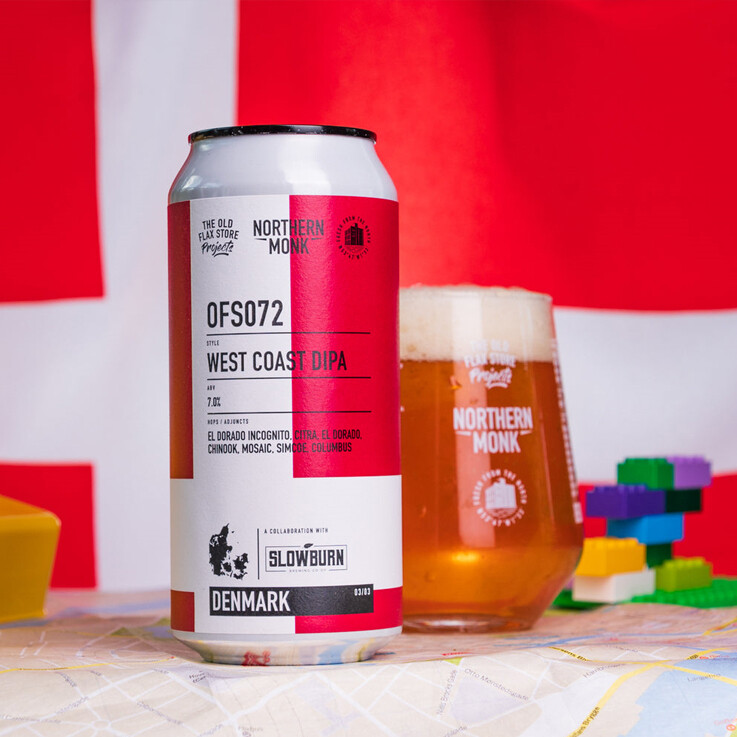 A love-letter to the excitement of those early-days European West Coast IPAs, we’ve combined the old world - Chinook, Mosaic, Simcoe, Columbus – with modern favourites Citra and El Dorado, plus the new El Dorado Incognito to complement the style with its massive orangey punch.

In 2014 we opened the doors to the Old Flax Store, a Grade II listed building that we found and renovated into the home of Northern Monk. We grew significantly in the years to follow, but the Old Flax Store remains the heart of the operation.

We launched the OFS Projects to celebrate the experimental, small-batch nature of brewing at OFS, creating limited releases that push the boundaries of brewing creativity and technique.